Don’t be an ostrich on sustainability… 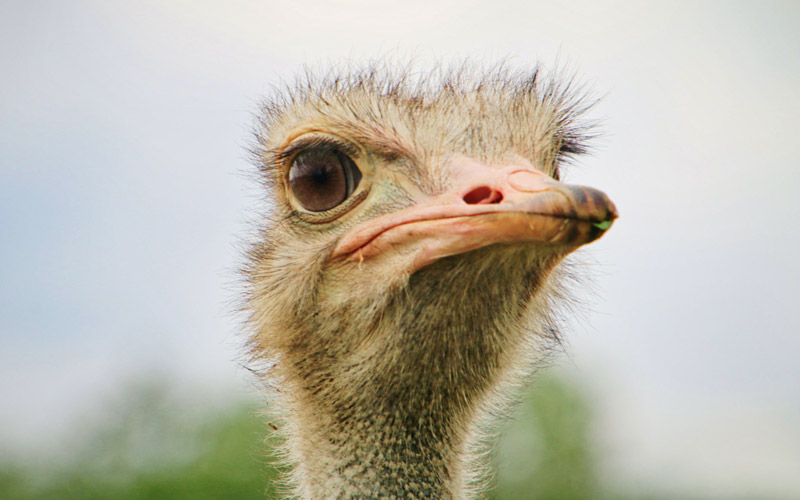 The matter of the welfare of the Planet and the subject of the green economy is moving at pace.

Science has been outlining problems ahead for Planet Earth for some years now, which has led some to be ambivalent, maybe even suspicious and sceptical, the phenomenon that was Donald Trump comes to mind, whilst some have been evangelical, no more so than teenager Greta Thurnberg, albeit she is a new generation ahead of many others, Al Gore comes into mind at his point, an evangelist who seemed to embrace dodgy science.

So, on the matters of global warming, if that is an expedient term use these days, or the less contentious ‘climate change’, there is seemingly an opinion for all seasons. Whilst the pre-dispositions of folks vary and the data emerges, one thing that is clearer is that the political and so regulatory environment is adjusting as a matter of fact. Indeed, the election of Joe Biden as President of the United States of America has brought a major new twist to matters, whilst the British Government’s rhetoric on matters green is quite dark in hue.

Indeed, it is arguable that the UK sees an opportunity, post-Brexit, to engender greater differentiation, pace and resource into the green economy, something that will be a growing matter of attention as COP26 approaches in Glasgow in November 2021. No doubt pledges will be coming in left, right and centre around this event, one where the commitment and so regulation towards change to control carbon emissions amongst other things is more likely to rise than not.

With that the British food system can be expected to be a notable silo of attention. Food is integral to our future and it’s supply industry, end-to-end, should be considered a solution to the challenges of well-being, society and the environment. To do so though requires an attitude whereby the pint is half-full rather than half-empty; this is really important for the leaders of all of our food businesses to embrace.

Those leaders that take the pint half full approach will not only be more innovative, they will be part of the future in terms of compliance but also create the licence to trade. Any business supplying Morrison, Sainsbury and Tesco needs to be on top of this green agenda, particularly sustainability. Morrison is working towards a British agricultural supply chain that is carbon neutral by 2030; less than a decade away. Sainsbury is a retail sponsor of COP26, so imagine what it will be thinking about talking on over the next few months and years, whilst Tesco set out its ESG stall in great detail in 2018 and it continues to act with a sustainability and social perspective in evermore of its work.

“…not embracing sustainability in the food chain from a positive, constructive and engaged manner poses the direct danger of being left behind; being compliant  ….is going to become a licence to trade.”

Put another way, not embracing sustainability in the food chain from a positive, constructive and engaged manner poses the direct danger of being left behind; being compliant and more on such matters is actually, in the UK at least, going to become a licence to trade.

What this means is evermore consideration of supply chains, data and traceability; it requires end-to-end thinking. It is also a global issue and so what happens on the other side of the world, be that deforestation in LATAM for beef or unsustainable palm oil in South-East Asia, is relevant here in the UK if such products are ingredients. It means that great detail has to be considered to measure inputs and outputs and new investment should have energy utilisation and carbon emissions front and centre of thinking and in ways that are verifiable.

Doing so, requires all of the food chain to identify the direction of travel, not just some, but all, if the UK’s food system is not only going to avoid losing share due to a lack of compliance but actually embrace what is clearly an evolving picture of valued added opportunity that produces different social and environmental outputs. Indeed, the pint half full mentality can actually lead to a fuller pint; sadly, those firms ignorant of the evolving market and/or burying heads in the sand will become more marginal to the point of extinction.

The breadth of the food industry means that each firm will have to face common challenges, arguably evolving and growing opportunities, if very varied ways when it comes to specifics; which means that from the lofty heights of the helicopter view presented here, there requires a connection from the theoretical and principles to the actions on the ground.

Coriolis is an advisory firm that operates at the sharp end of businesses, seeking to solve problems with better operational, compliance and economic outcomes on the ground. It is also a business with a half pint full approach.